Besides the prompting major economic and social changes, the collapse of the Soviet Union also precipitated an enormous savings of greenhouse gas emissions. Reduced meat consumption and abandoned farmland resulted in billions of tonnes less in CO2 emissions according to new research. Today though, the Russian agricultural trend has reversed.

After the monumental fall of the Soviet Union in 1991, greenhouse gas emissions fell dramatically as well. This was in part due to reduced meat consumption and in part, because vast areas of farmland were transformed into a massive carbon sink. Greenhouse gas emissions in the former Soviet Union shrank by at least 7.61 billion tonnes of CO2-equivalentsbetween 1992 and 2011 according to a study conducted by an international team of researchers. Among them is Alexander Prishchepov of the University of Copenhagen’s Department of Geosciences and Natural Resource Management. The result has now been published in the scientific journal Environmental Research Letters.

“The transition from a planned economy to a market economy had enormous consequences for food production and meat consumption. It lead to a massive reduction in greenhouse gas emissions – the equivalent of up to 80% of the world’s total CO2 emissions from agriculture, forestry and other land use in 2010,” according to Associate Professor Alexander Prishchepov of the Department of Geosciences and Natural Resource Management.

The Soviet food industry underwent a drastic restructuring after the country’s collapse. Consumption and production subsidies were lifted when state-controlled agriculture shifted to a market economy. This resulted in a weaker purchasing power which subsequently left to halving in the number of livestock operations.

Beef consumption was particularly affected. At the beginning of the 1990’s, the Soviet population consumed an average of 32 kilos of beef per person annually. By 2000, annual per capita beef consumption fell to 14 kilos.

The second major factor was the 62 million hectares of agricultural land, particularly in Russia and Kazakhstan, that were abandoned between 1990 and 2011 as agriculture collapsed and rural populations relocated to urban centers. This corresponds to an area larger than France. Wild vegetation quickly took root in these vast areas of land and, left untouched, began to serve as a gigantic carbon sink. Researchers estimate that this carbon sink has stored at least 4.01 gigatonnes of CO2-equivalents, making it one of the world’s largest man-made carbon sinks.

The researchers also looked at the impact of meat imports on the climate account. As former Soviet economies stabilized during the late 1990’s, the demand for meat began to rebound. However, there was no domestic beef production anymore to satisfy demand. Consequently, the former Soviet region became the world’s second largest importer of beef, with consequences for forested areas in South America. 1.2 Gigatonnes of CO2-equivalents were thereby shifted to South America.

From agricultural land to forest

“Our study clearly illustrates how CO2 emissions are affected by the amount of meat we consume and how we use land. It also demonstrates that global trade patterns need to be addressed politically. This is equally applicable to Denmark, a country with a great deal of imports from other countries. For example, when we purchase soybean cakes for animal feed, it often contributes to the razing of rainforest half way around the world,” says Alexander Prishchepov.

According to the recent all-Russian agricultural census Russia currently has 70 million hectares of uncultivated land. While Russia is in the process of developing its agricultural sector and re-cultivating certain areas, Alexander Prishchepov has difficulty imagining that CO2 emissions will reach Soviet-era levels within the next decade:

“If all of the areas are re-cultivated, the stored carbon will quite naturally be released – and CO2 emissions will skyrocket once again. One of the barriers to this type of redevelopment is that rural areas have become so overgrown – in many places to forest – that it would be too expensive to re-cultivate based on current commodity prices,” according to Prishchepov.

“This opens ample opportunities for biodiversity conservation, foster ecosystem services and alternative to agriculture land use, such as sustainable forestry” –Alexander concludes.

The study was headed by Florian Schierhorn of the Leibniz-Institut für Agrarentwicklung in Transformationsökonomien in Halle, Germany. 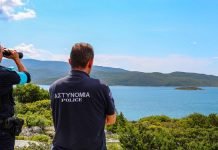 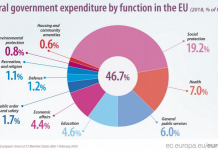 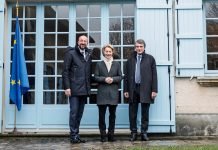 Translation Of the Article in Our Paper Issue: “The Food Industry...