A multi-country action day coordinated by Eurojust in The Hague led to the dismantling of an international criminal network committing massive fraud with pay-TV, which shows organised crime expanding its illegal activities to large-scale violations of audiovisual copyright. The actions taken in this unique case in the European Union are the result of complex investigations conducted by prosecutors from Naples and Rome, with the support of judicial and police authorities from Bulgaria, Germany, Greece, France, and the Netherlands, as well as Eurojust. The damage caused by the criminal gang amounts to approximately €6.5 million, jeopardising the existence of many legal providers of pay-TV on the market.  More than 200 servers were taken offline in Germany, France and the Netherlands, and over 150 PayPal accounts of the criminals were blocked. Eurojust, the EU’s Judicial Cooperation Unit, set up its 100th coordination centre, since the first in 2011, to support on the spot the national authorities in swiftly disrupting the illicit activities. Today’s simultaneous operation led to the disruption of the signal for illegal pay-TV viewers in Europe, who benefitted from a subscription fee far below market value.

OUTCOME OF THE CROSS-BORDER INVESTIGATIONS

ACTIVITIES OF THE CRIMINAL NETWORK

In 2015, the OCG started illegally re-broadcasting and selling pay-per-view products and services, similar to the ones offered by Sky Italia, Mediaset Premium, Netflix, Dazon, and Infinity in various Member States and third countries. The well-skilled criminals used the most sophisticated and efficient software for the fraud. Several retransmission stations were set up with special servers to disable the encryption of the original programmes and generate the illegal IPTV signal in violation of intellectual property law. The gang members offered to a wide audience of unknowing clients actual pay-tv programmes, cinematographic works and on-demand content at a very low price. The illegally obtained assets were subsequently transferred to foreign bank accounts.

The members of the OCG are suspected of having committed large-scale fraud, cybercrime and money laundering.

The following national authorities, among others, were involved in the investigations and the joint action day coordinated by EUROJUST:Italy 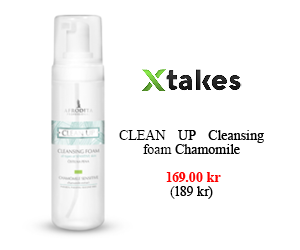